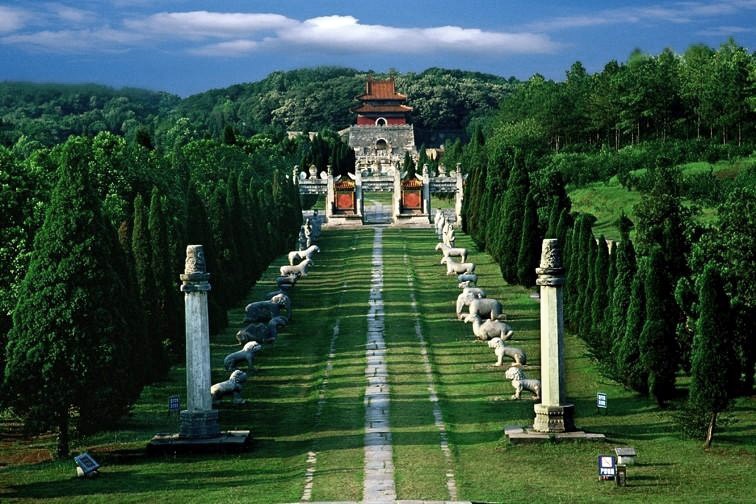 The Western Qing tombs are located some 140 km (87 mi) southwest of Beijing in Yi County, Hebei Province. They constitute a necropolis that incorporates four royal mausoleums where seventy-eight royal members are buried. These include four emperors of the Qing dynasty and their empresses, imperial concubines, princes and princesses, as well as other royal servants.

The first tomb, the Tai Ling, was completed in 1737, two years after the end of the Yongzheng reign. The last imperial interment was in 1913, when the Guangxu Emperor was entombed in the Chong Ling.